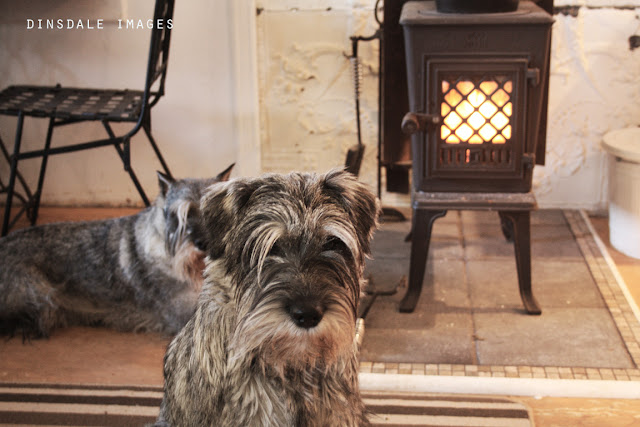 I believe Mother Nature had a wicked sense of humour.  Last week I actually had a fan in my bedroom window to deal with the heat, this morning I couldn't get the woodstove lite fast enough.  What gives mom-nature?  Feeling a little bored?  Just need a chuckle?  Sheesh! 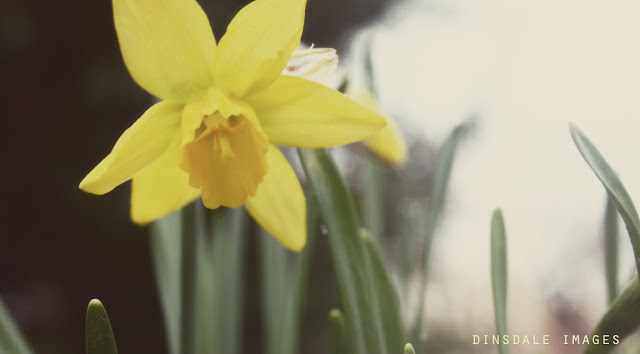 This is the earliest I can recall having my Daffs bloom here.  The tips of most of the daffodil leaves are frost bitten.  With this mild winter they have been attempting to emerge from the ground since January, then the temps would drop and the plants would draw themselves back into the earth leaving newly browned tips exposed.  I had wondered if we might not get blooms at all after repeated thaws and freezes.  The sudden warm temps this past week has caused everything to flush up and open,  like watching the Spring in fast forward mode.
I love Spring, and although the Summer weather last week were unexpected and enjoyed, I am not ready to head straight into Summer.  Today is cool and damp, much more what I would expect in March. 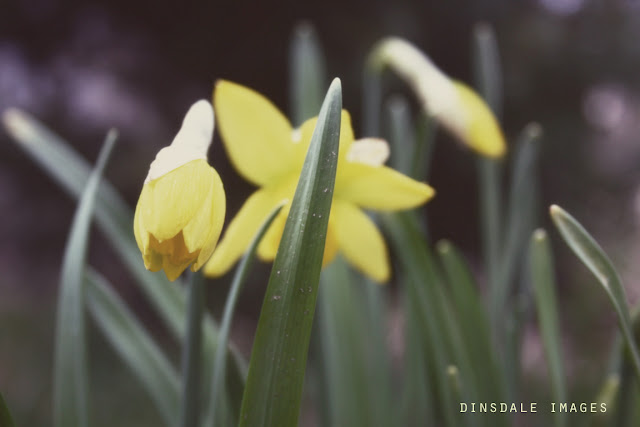 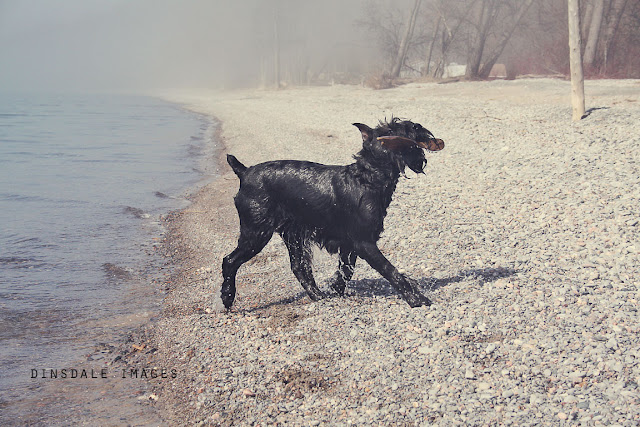 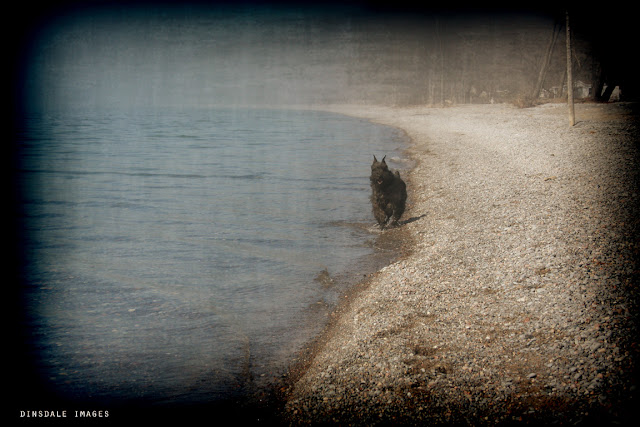 It should come as no surprise that the beach is Hexe's favourite place
Posted by dinsdaledogs at 08:06

Summer temps in March, crazy, but why fight it, Hexe and I spent the morning at the beach
Posted by dinsdaledogs at 19:37 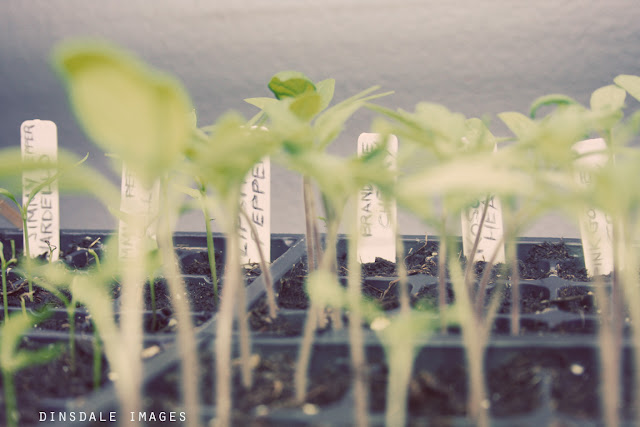 Peppers and tomatoes have begun to germinate this week.  Eight more weeks before we can get them in the ground. 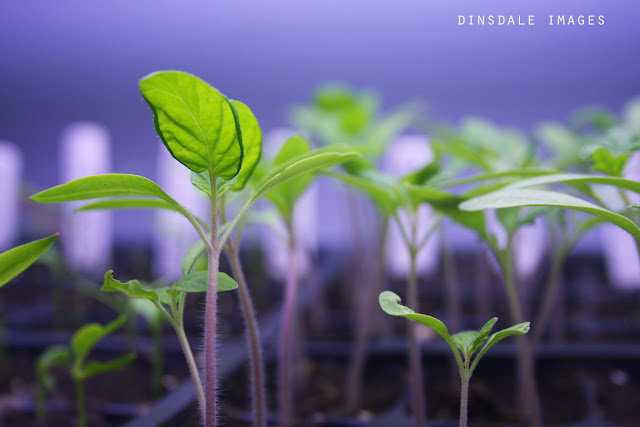 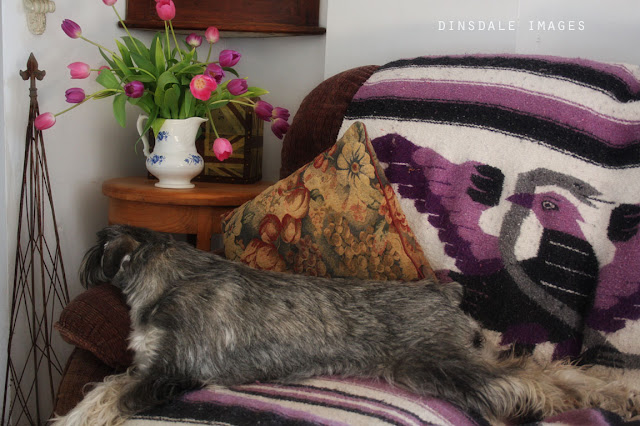 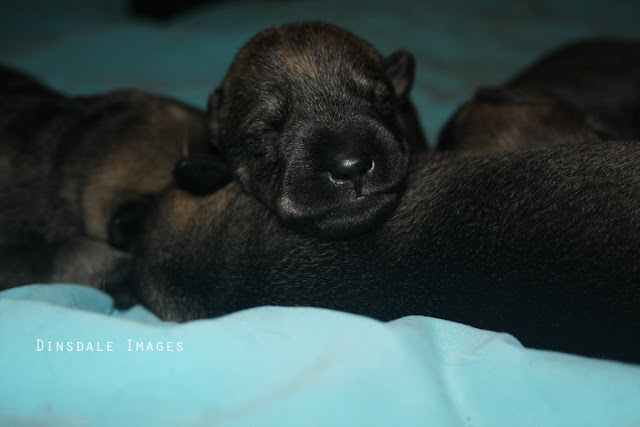 How novel Peke's that can actually walk, run and OH MY GOD jump. I know the Dog Showing community is up in arms about some of Crufts Best of Breed winners being DQ'd from competition by a vet, but come on people, shouldn't dogs be able to run.  Even a dog bred as purely a companion/lap dog shouldn't require human intervention to get to it's food dish. 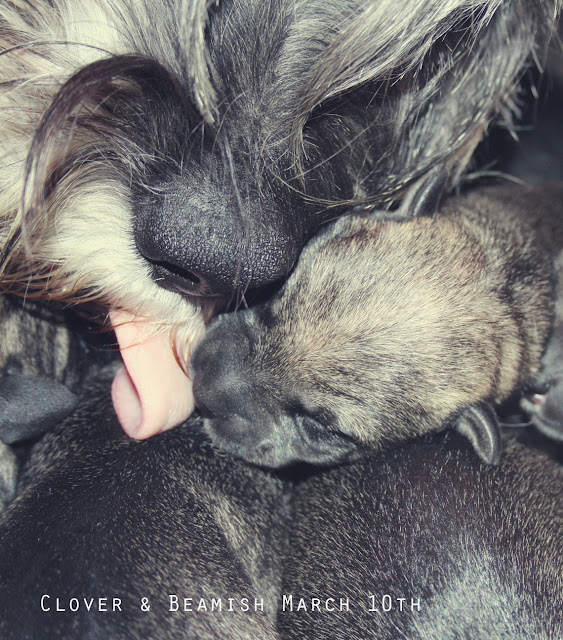 Clover decided that my sleep is over-rated, start day by getting Lori up extra early and then continue to stress her all day panting, huffing, refusing all food or water, scratching in every crate and blanket, try to fit ones enormous body into small, dark places, finally appease Lori by eating a couple of meatballs,  then vomit them up on not just one, but two area rugs....wait to deliver first pup until 9:30pm.  Continue delivering pups until 4am before falling into a deep sleep in a warm box with 9 pups cuddled up next to her.  Allow Lori to sneak off to bed for a quick nap, then move the pups around every time you sense Lori is about to nod off.  Look innocently at her as she bounds out of bed and into the room to see what the noise is all about.
More photos of the family on Clover's Blog Click Here
Posted by dinsdaledogs at 14:44 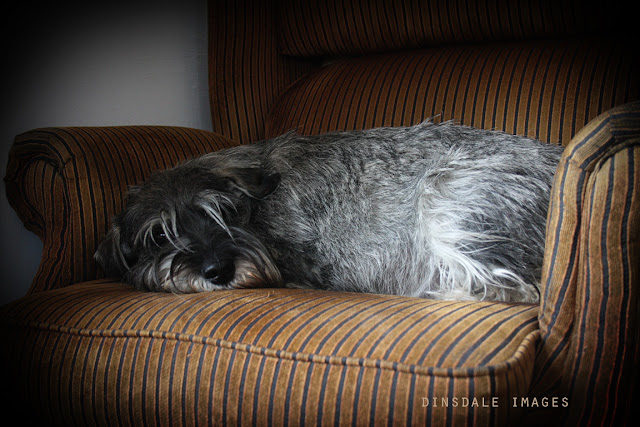 Our first pups since last summer are due to arrive soon. 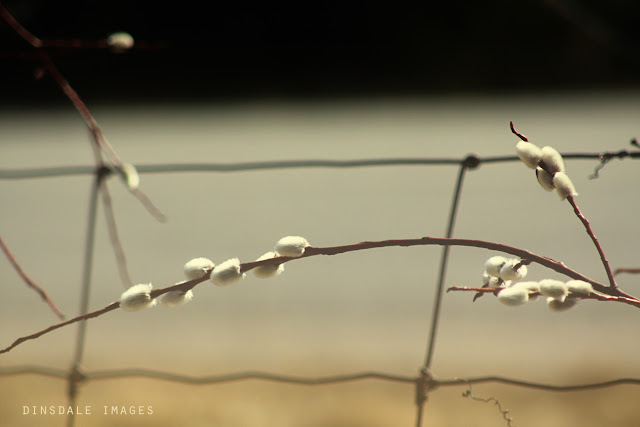 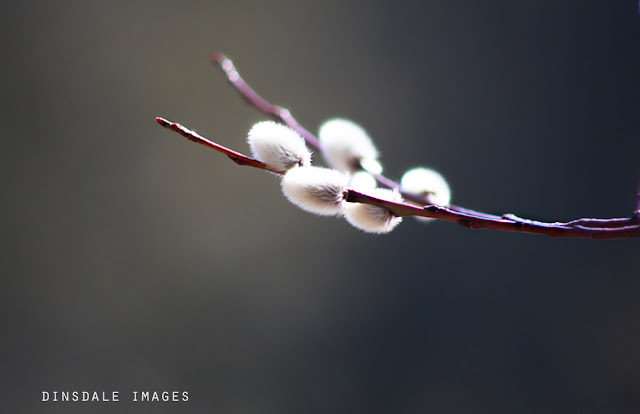 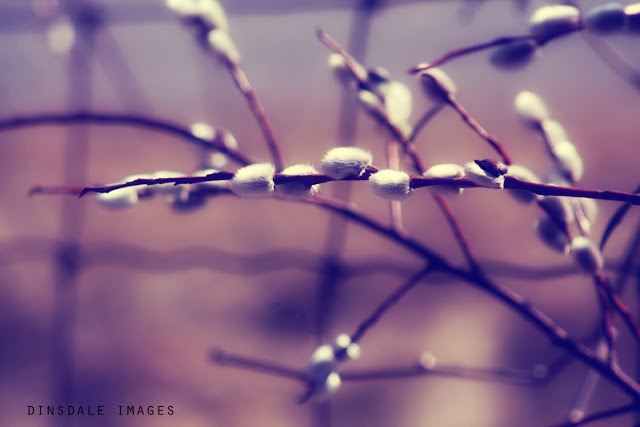 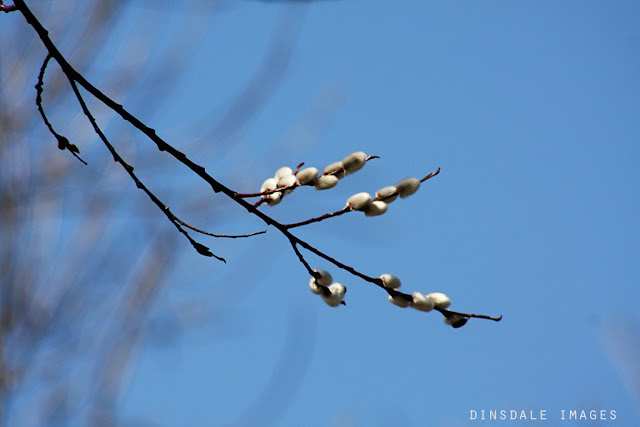 As a child I loved to pick Pussy Willow branches each Spring proudly presenting them to my mom to display in vases on our dining room table.  After a few weeks they would turn yellow with pollen and roots would emerge in the water.  One year we planted a rooted stem in the backyard.  It grew into a lovely tree over the next 25 years.  Years later when Mick and I bought our home my mother brought me a few rooted Willow branches from that tree which we planted.  I trimmed a few after photographing today and placed them in a vase, also a gift from my mom, on my table.
My mother passed away last March, in reality she left me many years earlier, stolen from us by Alzheimer's.  Today these pussy willows took me back to happier memories. 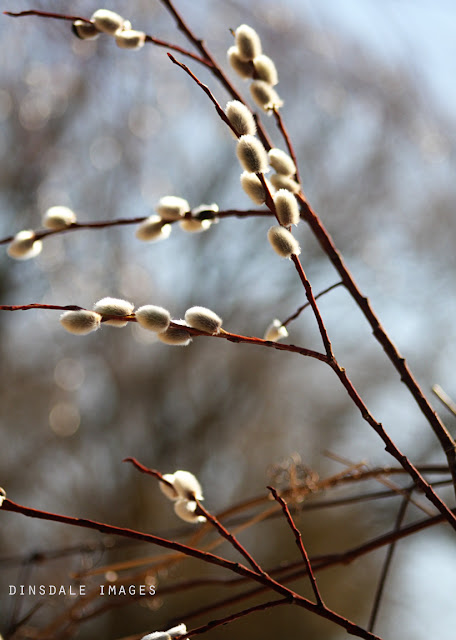 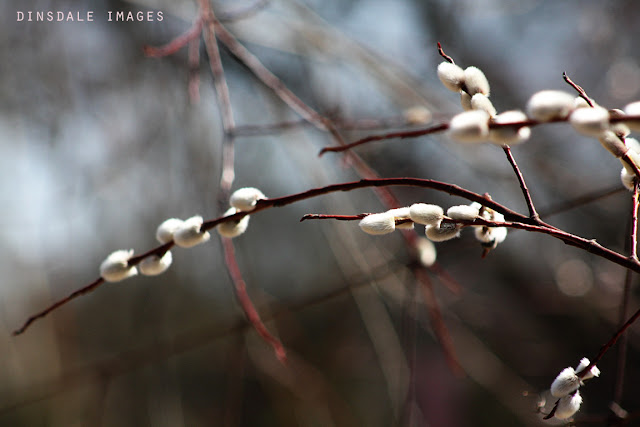 Last year this time I was making plans for the arrival of rabbits.  These were not being purchased as pets, or, to show, but for meat production.  My goal was to supplement the dogs diet with healthy raised meats, however, I certainly wasn't opposed to adding a rabbit dinner to our menu occasionally.  I am extremely pleased with my results to date.  I started with four does and two bucks, by early summer the oldest two were bred and by the first week in December we had raised a total of forty-three rabbits, wow!  Of those, 41 were processed for the freezer and two does I kept to add to my breeding stock, they are pictured here, the lovely Daphne below and her half sister Penelope above.

Rabbits are overlooked in North America as a protein source, which is a shame as there are so many pluses to them.  They are quiet, clean, mine have been very healthy not a sniffle amongst them.  Inexpensive to feed, I supplement their diet with an alfalfa pellet along with plenty of grass hay to munch and greens from the kitchen & garden along with oats and black oil sunflower seeds.  This morning they were excited to receive romaine lettuce, carrots and fennel trimmings from the salad we had for dinner yesterday, the fennel was relished, rabbits love the taste of anise. 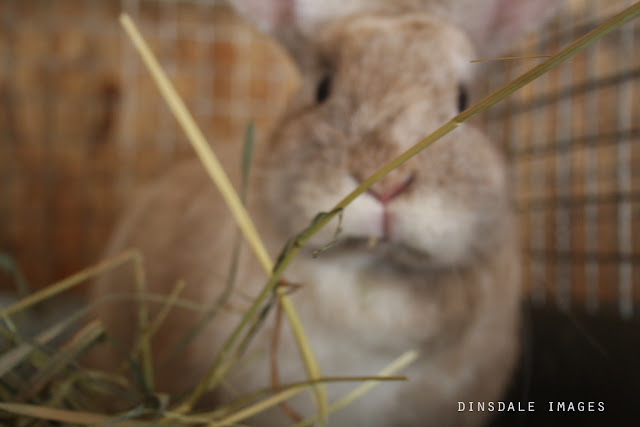 Some facts about Rabbits 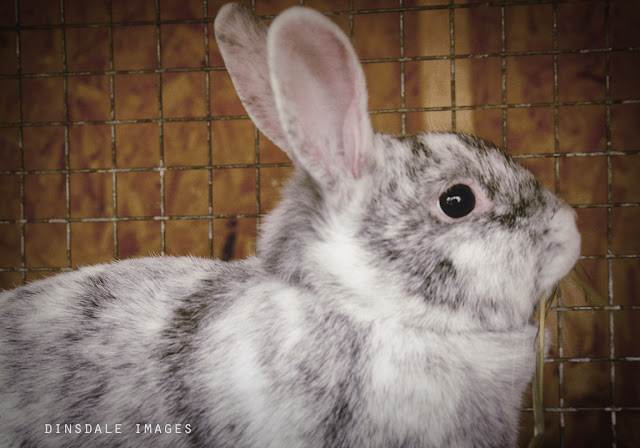 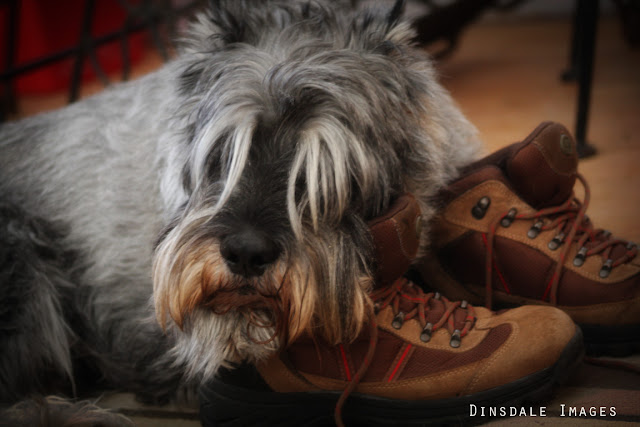 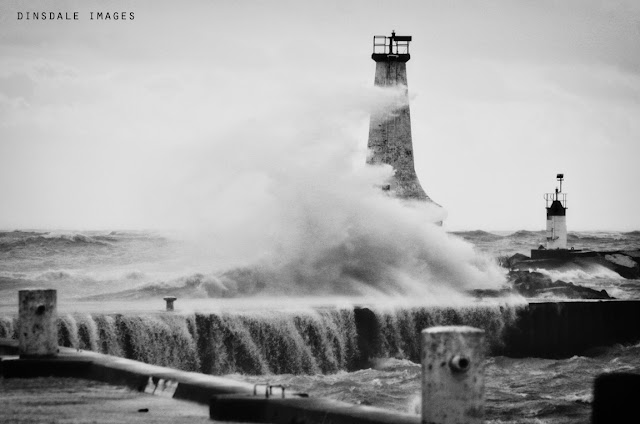 Normally you can easily walk to this lighthouse....not today 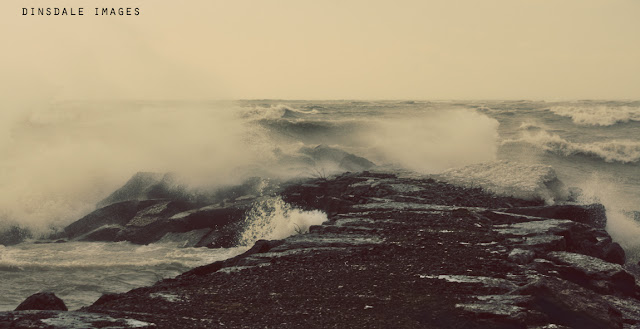